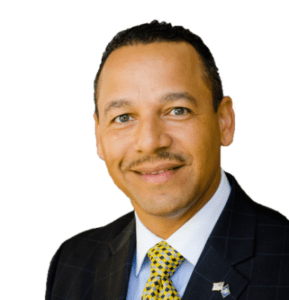 Enrique was originally born in Ponce, Puerto Rico in a neighborhood called: Sector Los Chinos, Clausells. Known for its many beautiful neoclassical buildings and facades, Ponce is referred to as: La Perla del Sur (Pearl of the South) and is potentially the most important city of them all as it pertains to the history of agricultural business development. It’s the largest city.

After graduating from Alfredo M. Aguayo High School Enrique joined the Navy where he served for 26 years. He is the recipient of the Meritorious Service Medal, Navy and Marine Corps Commendation Medal, Navy and Marine Corps Achievement Medal. He was named 2013, 2014, and 2017 Mentor of the Year, and recipient of the inaugural 2014 Chief John Dungan Jr. Oceanographer of the Navy Award. He was also awarded The Arnold Fletcher Award and inducted into the SALUTE National honors society for his academic achievements. He remains involved in the Armed Services as an active volunteer for various projects and non-profits, earning him the esteemed Bronze, Silver and Gold President’s Volunteer Service Award.

Enrique started Triad Leadership Group in 2018 with the goal of providing leadership, management, and career development consulting. Their motto is taking first-time and struggling leaders from ‘SucKcess to Success’ through coaching, assessments, trainings and mentorship.

Enrique attended our JULO Strategy’s CEO Mindset™ course for one simple reason, “Learn what I need to know to make my business successful.” Completing Phase I made him realize he was a worker, not a CEO, and helping him learn to be clearer on his processes and procedures, he was able to delegate more and have better clarity, vision, and purpose. “It is hard to go somewhere when you are not clear where you are going and why. The ‘Why’ is clear now.” 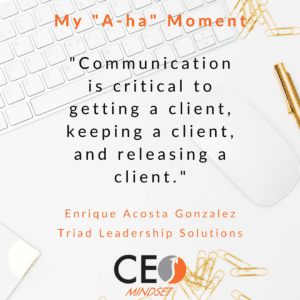 He continued to Phase II and grew exponentially, seeing immediate results from everything he had been taught. “I was able to reprogram my mind to see my company from a CEO perspective and go from working in my business to working ON my business.”

JULO loves seeing everything you have accomplished, Enrique, and we look forward to seeing you and your business succeed!

Reflection To The Go Ask Alice Radio Show Interview With Juliann NicholsScarcity Mindset – A Thing Of The Past: How Hiram Diaz Shifted Into CEO...
Scroll to top 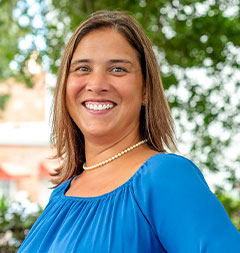 We are Maximize Digital Media, a digital marketing company specializing in helping small businesses and entrepreneurs with online marketing strategies. We are known for our coaching skills in the fields of Website Design, Internet Marketing, Social Media, and Search Engine Optimization.

Creating beautiful, obtainable websites for small businesses and entrepreneurs is our passion. Providing those same businesses with the marketing strategies to propel them forward is the work that we’re proud of. And empowering others to learn and master the tools and techniques that will drive their continued success is our ultimate goal.

Our team is filled with people who live and breathe marketing strategy, who hold a brand’s website in the same regard as a piece of artwork, and who make it their personal mission to see a client succeed. We believe in telling a client’s story, painting a masterpiece with it, and marketing it with heart.

We are committed to making a meaningful difference in our community. Chrissanne and Craig are the creators of Lakeland Business Leaders, a local business network that connects local solutions to customers in real-time. Maximize, together with BRIDGE Local, stands behind small businesses, entrepreneurs, and start-ups. 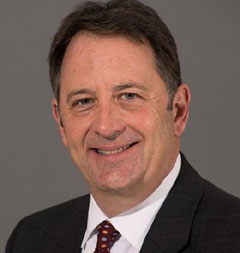 Larry “Schu” Schuler is currently the CEO/Founder of Schu’s Hospitality Group, LLC, a hospitality management and consultancy company formed in 2010. Larry has an eye toward becoming the premier provider of guest services in Central Florida through Superior Guest Insight™ and the delivery of Surprising Hospitality™ – his passion in a world that has, sadly, left guest insight and remarkable hospitality by the wayside. A leading achievement of Schu’s Hospitality Group was providing management and strategic development of the food operations and staff to prestigious Dearborn, MI client The Henry Ford’s $16M dining experiences. His role helped propel The Henry Ford to the forefront of Detroit’s food movement prior to his relocation to Tampa.

Schu is a fourth-generation restaurateur who began his hospitality career early and who has extensive experience and a proven track record in the restaurant/hospitality business. Encouraged by his grandfather, Win Schuler, and father, Hans, Schu vigorously pursued a broad, well-rounded work experience in hospitality management which led to employment with the Robert Mondavi Winery in Napa, CA in 1982, and the Westin Hotel Galleria in Dallas, TX. Schu returned to his Michigan roots in 1986 and became Vice President and General Manager of the family’s well-known Schuler’s Restaurant and Pub in Marshall, MI.  No respectable Midwest home would have been without Win Schuler’s Bar Scheeze in the refrigerator in the 80’s and 90’s – yes, that Win Schuler’s Bar Scheeze!. Larry is also former owner of the popular Schu’s Grill and Bar in St. Joseph, MI, which opened in 1990 and still operates today, as well as Schu’s on Silver Beach.

For the past four years, Larry “Schu” Schuler has been an executive team member of 23 Restaurant Services, LLC, and the Ford’s Garage chain, building the company’s total units from four to twenty-one. Larry served as Vice President of Supply Chain Management, responsible for procurement of all foods, beverage, supply, furniture, equipment and materials, and for managing contracts and agreements for all units. Concepts include Ford’s Garage Prime Burger and Craft Brews, Yeoman’s Cask and Lion Pubs, Tiki Docks Riverview Bar and Grill, Tiki Docks Skyway Bar and Grill, and Capone’s Coal Fired Pizzeria. Additionally, he functioned as the corporate conduit for franchise communication and brand equity. Schu later served as President of 23 Restaurants, opening two Tiki Docks concepts during the COVID-19 pandemic. 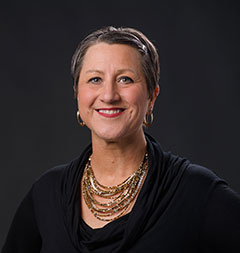 Alice DeGeorge is the Founder and CEO of Presque Isle Printing Services, LLC.
Established in 2008, Alice observed first-hand how local small businesses, start-up companies, and non-profits were left to fend for themselves when negotiating with big box commercial vendors. Many times, the smaller clients did not receive the assistance or understanding they needed and, consequently, they were disappointed with the results. From that point on, she has specialized in start-ups, small to medium sized businesses and non-profits, with the goal of providing the best in-house graphic design, great looking printing, and on-brand marketing in the local Erie area.

With Presque Isle Printing Services well into its second decade, Alice has also become a known participant in the Erie business community, and embraced the mission of giving back to and building upon the capacities of others.

Combining her 26 years of experience in Customer Service, Retail, Print, Advertising and Marketing Industries, Alice has moved into an advisory role for her clients.

With her years of service and experience, and knowing firsthand the struggles of beginning a new business from the ground up, Alice is able to help a wide variety of clients, listen and understand their needs and then guide them to find the solutions they are looking for!

Beyond her own book of tricks, Alice also has an extensive network of trusted & capable professionals to refer her clients to in order to get them moving in the right direction!

Alice DeGeorge has fulfilled her vision of becoming a successful business owner and local radio show host. With her kind, fun-loving, hard-working, skilled, risk-taking, and creative spirit, she has served as a role model and mentor to anyone within the Erie, Pennsylvania area. She is excited to expand her network to be able to help other start-ups and entrepreneurs around the globe succeed as well! 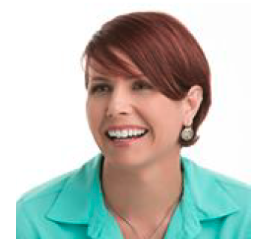 Trish Murphy is owner of Marketing Smarty Pants, an online marketing company with an emphasis on content marketing.  Content Marketing is the secret weapon to making your business stand out in the crowd. Trish helps businesses create and promote valuable content that connects with customers and builds brand equity.
As a content marketer she’s been applauded for her fun and informative marketing presentations, and providing simple content marketing solutions that fit any sized business.

When she’s not being a Marketing Smarty Pants, you can find her with her horse, curled up with a good book, or being silly with her kiddos. Trish is a Florida native, born right here in Orlando.  She is an Air Force Veteran and has a bachelor’s degree in Marketing Management.  She is on Chairman of the Orlando Chapter of the Florida Association of Veteran Owned Businesses.